I am an accidental activist. 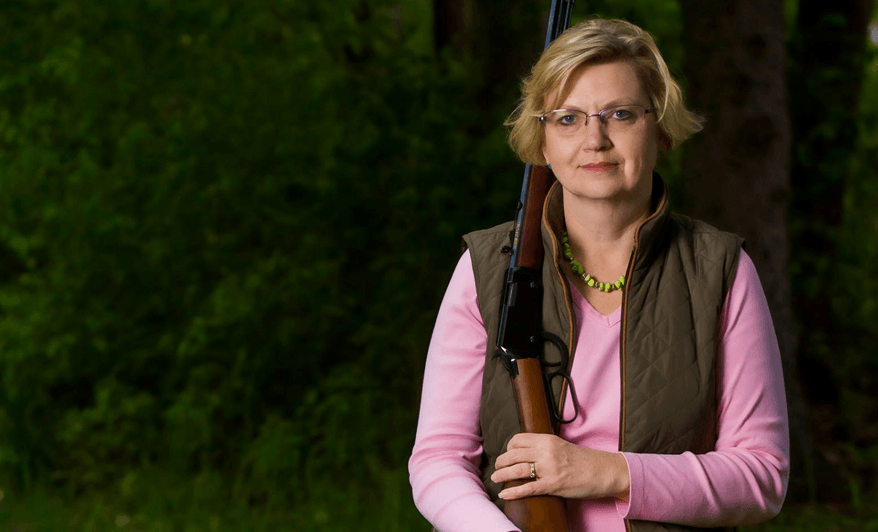 Several years ago I stepped up to defend the second amendment because if I don’t do it, who will?  That’s not to say I didn’t tell my self 100 times “what are you thinking?  why you? What if I don’t know the answer?  What If someone knows more? Shouldn’t someone else be doing this?”  Someone better?  Those words, those questions are constantly in the back of my mind.

Today I sit here in my friendly state representative’s office, in the state’s capital, waiting for the time to go down an testify.   This testimony is for states rights, against government overreach and titled “Second Amendment Sanctuary State”.   I have filled out the paperwork, submitted my written testimony, and have been rescheduled to speak three different days over the last month.

Time is getting closer; I am more and more nervous.  Come on clock, move.   Time is creeping, I want it to be over.

We head down, lead into the room and shown our seats.   The room is small as this is a committee hearing and not the full house.   These hearings are the prework that determines if a bill gets released out of committee and for a full hearing and voting by the entire body.  Many bills die in committee.

Ohio committees record each speech given, mine started at 18:30 on the link below.   Here is the body of the speech, my goal was to show that gun laws have not been written to actually solve a crime issue, but more so to promote an agenda.  History shows that there was an incident- and in many cases a horrific incident where criminals broke multiple laws to get to a point where murder happened.  Those multiple laws were in many cases already a felony, as murder is a felony – yet the belief is that more gun laws will be the new solution.

You know and I know that it is not the case.   We need to each reach outside our comfort zone, learn how to navigate in this judicial / legislative world.  We need to stand up, speak up and plant our feet firmly at the monument of the Constitution of the United States.   We will defend her, we will stand for her, we will protect her with effort, sweat, words and actions.

We live in a time of feel good gun legislation.  Laws that have larger negative impacts than the intended positive public safety results intended.

The constitution is clear – 27 words that define our rights to personal protection, safety, security and the ability to take care of our families.

Yet there are those throughout history who work, plan and scheme to restrict those rights.  A timeline of gun control demonstrates that once you are singled out based on color, religion or type of firearm selected to own, the gun grabbers are relentless.

This is a matter of states rights against federal rights.   The current Washington leadership is making it a priority to strip United States citizens of what should be constitutionally protected rights.   We are watching an attack on our election integrity, on our first amendment right of free speech and now on our second amendment right to “keep and bear arms”.

Ohio – by taking this stand, provides one more layer of protection to her citizens.

New York and the citizens of New York City have firearms so regulated that an instructor, a teacher has to call the police and notify them that the trainer and their guns are moving from their household to the range.   That same instructor cannot take her guns out of the state to train in the other 49,  they are regulated to such an extent that they cannot leave the state.

The National Firearms Act (NFA) of 1934 was brought to you because of two crime families in Chicago that were warring with one another.   One wanted to ‘own the town’ so stole guns from the US Postal Service and used those guns in the commission of a crime.  The crimes included stolen police cars, stolen police uniforms and performing a raid on the other faction.   In that raid they lined up 7 members of George ‘Bugs” Moran bootlegging gang and shot them execution style.

The law abiding citizens of the United Stated were then subjected to restrictions and regulations regarding fully automatic firearms, short barreled rifles and shotguns and the restrictions and licensing of suppressors.

Crimes committed in 1962 and 1968 with the killing of high profile politicians and important American figures  – John F Kennedy, Robert F Kennedy and Martin Luther King , brought the Gun Control Act of 1968.  This regulation included regulations on imported guns, expanding the gun dealer licensing and recordkeeping requirements and placed specific limitations on the sale of handguns.

Had those laws been in place before these horrific killings, Would it have stopped them?   Oswald used a fake ID to buy his gun through the mail but as he was a not prohibited person, the gun could have been acquired through a federally licensed firearms dealer using his real information.    Ray was an escaped convict at the time of the King murder, one can only assume that another layer of gun laws would have done nothing to deter him.  Sirhan Sirhan was an illegal alien who broke 3 California laws prior to killing RF Kennedy.

Gun laws are now being written and shelved in the event of another horrific yet newsworthy event.   These laws are not written as a problem-solving device, instead they are an agenda for our nation just waiting for an opportunity to be a feel good fix of the day.

I fight for Second Amendment rights because I know that the law abiding will follow the laws as they are written and will blindly allow the government to disarm them.   I stand for all those people who never know when or where they may need the tools of self-defense, and I stand so that they can have them when they need them.   People who just want to live their lives calmly, peaceably and in the pursuit of happiness as they go about their daily activities.

I fight for the Second Amendment against the law breakers.  I am a lady of a certain age.  I know that criminals are bigger, stronger and faster than I am.   I know that criminals get to pick the time and the place and all the circumstances of an attack on me.  And I only get to pick (should the law allow it) the tool of self defense and the amount of training that I have with that tool.

Ohio was the 45th state to pass CHL or Concealed Carry.  Currently within Ohio there are 32 Counties, 3 Townships and 1 City who have passed Second Amendment Sanctuary legislation.  This wave of smaller municipalities shows that they are ready for you to take action for the state.

I urge you to create this barrier, create this line in the sand against government overreach.   Because I know, and you know, its not IF they come after our guns, Its WHEN they come after our guns.   I urge you to support this bill, draw the line, let the government and the citizens of Ohio know where they stand when it comes to  A well regulated militia, being necessary to the security of a free state, the right of the people to keep and bear arms shall not be infringed.    Stop the infringement at the Ohio border.