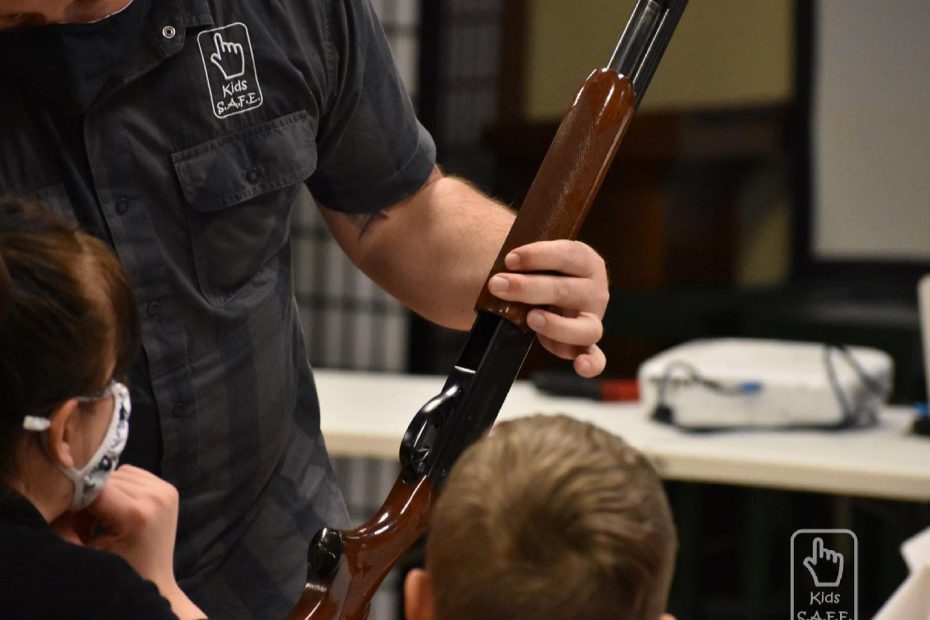 It’s often said that the definition of insanity is doing the same thing over and over again and expecting different results. Understanding that concept, Derek LeBlanc decided it was time for a new idea for true firearm safety for kids. “I wanted to change things up, try something different from the status quo. Kids will come into contact with firearms somewhere. I just want to give them the power to make good decisions.” he explains. That’s when the idea for “Kids Safe Around Firearms Education” known as Kids S.A.F.E Foundation was born.

LeBlanc says that the most important thing in reaching kids is realizing how they perceive firearms. “It’s important to have a conversation with kids, especially at ages 4-8. That’s when they are the most vulnerable, the most inquisitive, and they want to know how things work. We have adult conversations with kids and that’s what makes it successful. It’s our ability to talk TO them not AT them.” LeBlanc believe that the way the instructors interact with the kids builds trust and confidence, and motivates them to pay attention.

The curriculum teaches safety, discipline, and respect for firearms. While some will say that he is arming the next school shooter, he passionately disagrees. “We’re showing kids the cause and effect of their actions, teaching responsibility and accountability.”

In the class they also talk about violent video games and how they can make kids more aggressive. Kids may not even realize the cause and effect of those games until it is explained to them. The program also includes and anti-bullying component. “We’re not telling parents how to re-parent, we’re just offering safety solutions. Our program is similar to water safety, teaching kids so that they don’t drown. It’s the same concept.” The one-hour class is followed up with a second class in live fire which continues to build a solid foundation of safety skills.

LeBlanc will go anywhere he is welcome to present the one-hour trainings. He is a Bass/Cabela’s pro-staffer so many of the classes have been held at those locations, but he also goes to public school and anywhere else he can. “It’s about getting in front of kids in new areas,” he explains.

LeBlanc’s goal is to replicate his program, not just all around the country but around the world. He is working with Kiwanis to translate the curriculum into different languages to go international.

LeBlanc knows that his program is having a positive effect. “I ran into a kid that took my class three years ago and he mentioned that he still remembers it, it made that much of an impact on him.”

“I just want to leave this country and this world a better place. And with over 21,000 kids in four states educated about firearm safety – with zero accidents – I’d say we’re on the way there. I just want to bring awareness and save lives. Education is a viable solution.”