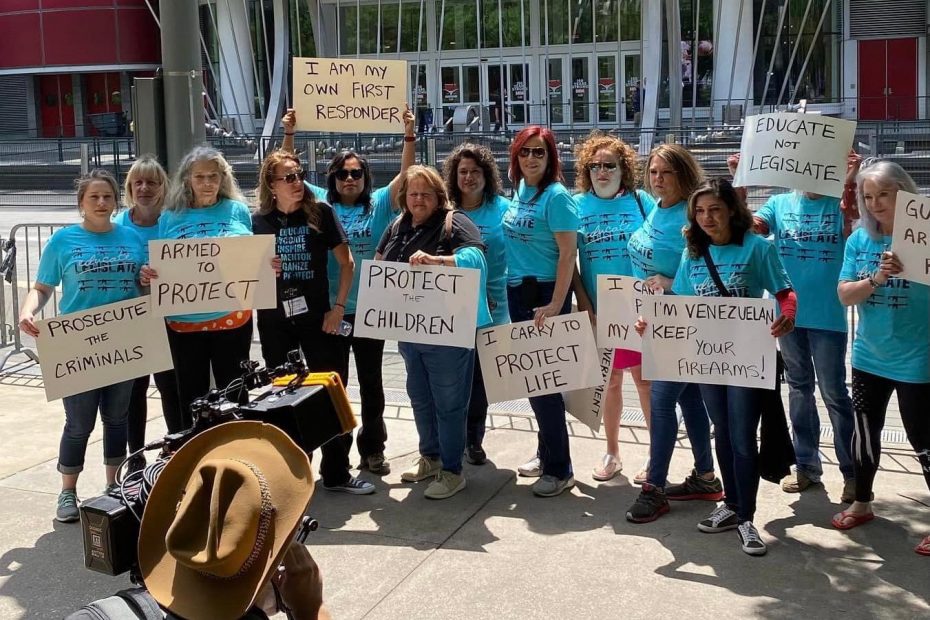 On the heels of the tragedy in Uvalde, Texas, the 2022 NRA Annual Meetings took on a somber tone.  First, we mourn the 21  lives lost in yet another school shooting.  Second, before the sun has set, President Biden, White House officials, and other politicians were  blaming the National Rifle Association, its members, and other organizations for the murders and casting every person who supports the Second Amendment as a heartless villain.

In an era of supposed inclusivity, it is disappointing that the president of the United States continues to divide us. It is discouraging that the playbook always includes a campaign against gun owners and our association.  This misleading and discriminatory campaign perpetuates the misconception that people who own guns, (their personal choice), do not care when tragedies strike.

In reality,  we care fiercely about innocent life.  We care so much that we want to save lives and run towards the fire, which is why many who are educated in firearm awareness and safety training carry firearms.  We carry to protect ourselves and to stop crime in its tracks.

It is devastating to see these things happen over and over again, and know that there wasn’t someone there trained and prepared to stop it, and ultimately save lives.

Our nation, its leaders, and the defenders of justice have failed at keeping firearms out of the hands of criminals, and removing firearms from law-abiding allies will not make them more successful or mask their failure.

It was a one-two punch for NRA members who are devastated at the thought of such evil being committed against our most vulnerable without the means to be protected.

Protesters gathered across the street from the convention center’s main entrance, and the only thing that separated their hateful rhetoric and accusations from the convention attendees was Walker street, a few barriers, and, a strong presence from the Houston Police Department and the Texas Department of Public Safety.

One side of the street echoed with screams, threats, and vulgar signs, punctuated by anger.  Opposite, attendees, vendors, and families mindful of the tragedy arrived and departed, some gathered in small groups to observe and watch the show across Walker street.  The media and the eyes of the world were watching for reactions to the provocation.  However, both sides of the street had something in common,  a shared hope that the tragedy and loss experienced in Uvalde will never happen again.

Similar to how our hearts broke with the act of hate that lead to the tragic end in Uvalde, members of the DC Project wanted to share why they continue to support firearm ownership, the second amendment, and most importantly education as the key to safety,  as opposed to lies, hate and shame.

We made our own signs. We were few in number, but we shared our biggest motivations.  We shared our reason for the world to see.

“I carry to protect”

“I am my own first responder” and more.

We knew the protesters wouldn’t listen to us if we spoke, but it would be difficult to avoid reading our messages.  With the eyes of the media watching, we hoped that they and others would ‘hear’ our voices, too.

Dianna Muller is the founder of the DC Project, Women for Gun Rights a nationwide network of women committed to protecting and promoting the second amendment through education and not legislation.   Muller is a 22-year veteran of the Tulsa, Oklahoma police department, and when she is not organizing and educating women that the second amendment is for everyone, she can be found competitively shooting in 3-gun matches across the country.

About the DC Project